It was such a nice feeling to be back in London for a short trip after moving out three years ago. When I arrived, it was as if I had never left. I still remembered all the familiar places and itineraries. It felt good to be back. London is like another home for me.
As I arrived on Sunday afternoon, the winter chill was quite a drastic change from the warm weather in Hong Kong, but it was very sunny. Perhaps surprisingly, being back in cold weather was a wonderful feeling.
The plane landed a bit ahead of schedule and that was perfect because I had to rush to the Burberry fashion show. I dropped my bags quickly and changed outfit. I put on a dress I and two friends had designed. I wore a warm sweater and slipped on glittery shoes. As I arrived close to the show venue in Shepherd’s Bush, I felt immersed in an atmosphere that I can’t describe, but was simply a good one. The show had just ended and people were streaming out. I joined the street-style photographers and, all of a sudden, I was surrounded by the famous bloggers who populate my Instagram feed — Camille Charrière, Poppy Delevingne, or Susie Lau, just to name a few. I snapped pictures of them and of some of the stylish spectators leaving the show. Most of them were — of course — wearing Burberry scarves and those were still everywhere when I got on the Overground to go home. A woman passenger was looking and smiling at me. “I love your shoes,” she said. “And your dress.” I thanked her and explained I had designed the dress with friends as part of a school fashion project. She was wearing one of the ubiquitous scarves and had just been at the Burberry show. She introduced herself. She worked with Burberry’s top designer and had flown in just for the show. Here I was, chatting with an industry insider barely hours after landing myself and learning about the backstage struggles of such a show and the role influencers play for brands today.

While I was in London, I stayed at my mum’s best friend place. I have known her since I was a child. Her children have always been like the siblings I never had. I think of them as my family but, when someone asks me how we are linked, I always realise with a jolt that, actually, we are just friends.

I spent my first few days revisiting my favourite places — Oxford Street, Mayfair and Soho. I had a drink with my best friend at Urban Tea Rooms, a hip café off Carnaby Street.

Going back to Oxford Street I was reminded of why I fell in love with fashion. It’s where it all started for me. There is no better place to be immersed in fashion retail, from mass market to exclusive.

I can’t say I really discovered new places during this trip. I mostly revisited my favourite haunts.

One of those is the Whole Foods on High Street Kensington. When I was younger, I was always amazed by the beauty of this store and I still am, to be honest. If you have never set foot in a Whole Foods, you don’t realise how groceries can be made to look pretty. It’s such a pity that Hong Kong doesn’t have one.

I enjoyed a nice long walk across South Kensington and Chelsea. I had lunch at Juicebaby, one of the “healthy” restaurants in Chelsea. Obviously, I ordered an avocado toast and a berry smoothie. On Wednesday, I caught up with one of my old school friends and we went to Shoreditch and Brick Lane. We strolled in and out of vintage stores. We found one in particular that we fell in love with. It’s called Hot Futures. They have a wide range of unusual sunglasses; anything from a futuristic to a retro look. They also carry a few racks of clothes. If I had to recommend shops for newbies in London, this one would make the list. I just love the concept of this store. 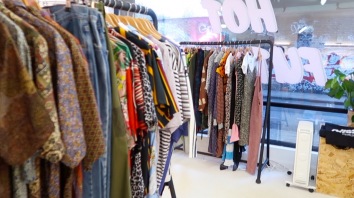 Processed with VSCO with s2 preset

Processed with VSCO with s2 preset 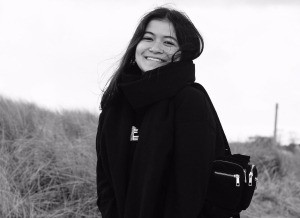 The Fashion Vitamin was founded by Issariya Baby in 2017.

“This blog is a platform that I created to share my fascination for fashion, travelling, lifestyle tips and many more.

My passion for fashion started from a young age by reading magazines and watching fashion shows. As I grew up, the passion grew bigger and all I wanted was to work in the fashion industry. During most of my life I moved to different countries like the United Kingdom, Switzerland, Hong Kong… With that I was able to experience different cultures and many perspective of fashion.

Not only will I be posting some content about fashion but I’ll also share what I learned about nutrition, life lessons, must-see places…”